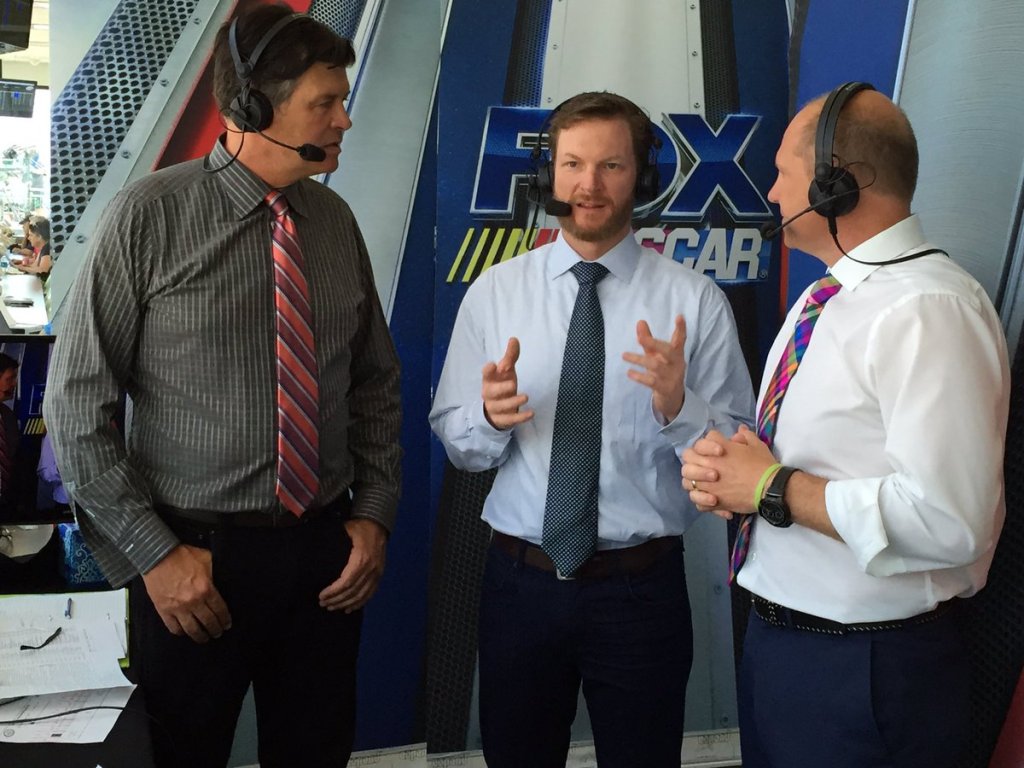 Exciting news! It was announced this evening that Dale Earnhardt Jr. will be joining Mike Joy, Darrell Waltrip, and Jeff Gordon for the Advance Auto Parts Clash at Daytona. This will be Dale’s second race in the FOX Sports booth, his first appearance being in an Xfinity Series race at Michigan last June with Adam Alexander and Michael Waltrip.

Dale Jr. and Rick Hendrick both agreed to let Alex Bowman have the opportunity to drive the NO. 88 in the Clash because of his strong performances last season when filling in for the injured Dale Earnhardt Jr.

Anyone else sense a future broadcasting career for Dale Jr. once he retires? . . . We can only hope.

The Advance Auto Parts Clash at Daytona kicks off the NASCAR racing season on Saturday, February 18th at 8:00 PM EST on FS1.